Authentic Voices-You hear me, but are you listening?

It is well recognized that the people of a community can better articulate their own needs and vision, rather than arbitrarily making decisions absent their input. Thus, it is important to spend time building relationships within the community and seeking out local knowledge.

In an effort to engage the community in its poverty reduction and financial stability strategies, the United Way of Southeast Missouri invited a small group of people from the community to participate in Authentic Voices- a group of people who want to play an active role in their own community’s response to poverty by helping others understand the reality and challenges of living in the crisis of poverty. Melissa Stickel, United Way’s Director of Community Development, hopes to facilitate relational conversations with community residents in order to incorporate their voice into the work and agenda of the United Way and to promote ownership of future revitalization efforts in the community. Stickel’s responsibility is to serve as a facilitator for the group to participate in creating solutions, not to solve the problem itself. The goal really is to create a conversation that helps people to think together.

The group spent nearly an hour identifying what they felt would be key topics for the group to discuss as they continue to come together in subsequent meetings. Each person passionately spoke about an issue or need in community that they wanted heard. However, as each spoke it was clear that beyond being heard, what they really wanted, was someone to genuinely listen to them.

Feelings of frustration and hopelessness could be heard as the group identified their reasoning for choosing particular topics. Over and over were examples of them feeling powerless and disregarded even after attempting to express themselves with community leaders and decision-makers.

The group was challenged to partner with the United Way of Southeast Missouri in not only creating awareness surrounding the topics identified but in also turning that awareness in to action. As the group moves forward, the United Way hopes to empower its members to advocate for their community, partner with them in creating awareness and developing solutions, and be the impetus that allows them to not just be heard but for the entire community to listen. 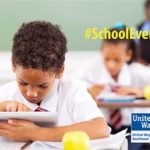 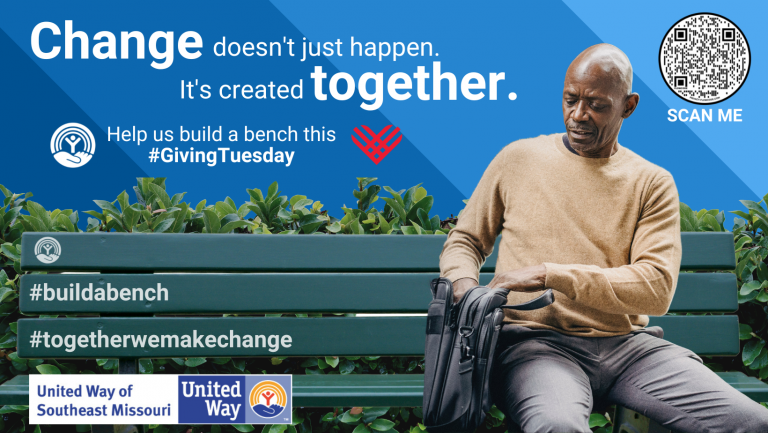 United Way is dedicated to addressing needs in the communities we serve, and right now, transportation is at the top of our list. Our current transportation survey guides long-term solutions, while our Build-a-Bench campaign gives immediate relief.

LEARN HOW YOU CAN HELP